Comments: In a written reply to Parliament on 07 March 2001, Defence Minister George Fernandes said the first batch of Arjun Mk.1 MBTs are to be delivered to the Army during 2003/04. This first batch, consisting of 125 tanks to be produced at the Heavy Vehicles Factory at Avadi, will equip two to three armoured regiments. The government has allocated $425 million for the purpose and reportedly the first of these have been delivered to the 2nd Independent Armoured Brigade. The MoD was considering diverting a large number of the 125 Arjun chassis to its self-propelled (SP) 155mm howitzer program that underwent a successful second round of trials in the Rajasthan desert in 1999. The South African SP system was successfully in 1998 and the MoD wanted another round of trials before opening negotiations of 120 units. The Army ultimately wants an inventory of around 400 SP 155mm systems through local manufacture.

The Arjun has been plagued with technical problems with regards to the fire control system, which has reached its developmental limit. Engine overheating problems in desert conditions as well as poor operational mobility, due to its excessive weight and width are also some of the other pressing concerns. Transporting the Arjun has also proved to be a problem, as the 58-tonne tank protrudes 6cm beyond the permissible 3cm limit on either side of tank transporters used for India's current MBT, the T-72M1. The MoD has allocated $3.9 million to build three transporter types to move Arjun. The improved cooling pack, has limited ammunition-carrying capacity and obstructs gun depression towards the rear. The commander's periscope sight, laser warning sight and muzzle reference sight also need modification. A recent CAG (Comptroller & Auditor General) report stated that Arjun's imported content had risen from 27% to nearly 60% in the 15 pre-production series (PPS), substantially enhancing costs.

The Combat Vehicles Research & Development Establishment (CVRDE), responsible for developing the Arjun, as of mid-1998 built 32 tanks - 12 prototypes, 15 pre-production series, two torsion-bar versions, one test vehicle, one recovery tank and one Mk.II test vehicle. Officials involved with the project said a proposal to build around 40 tanks, enough to equip one regiment, before moving on to develop and produce an improved Arjun Mk.II was also under consideration. India was also looking for an engine to replace Arjun's 1400 hp MTU 838 after its German manufacturer recently amplified their price. Reportedly a locally-designed 1500 hp engine is under development. MoD sources said the additional cost of ammunition, spares and engineering support to serially produce two Arjun regiments over the next five years would ultimately push each MBT's cost to around US $4.7 to $5.3 million, reportedly far higher than the price for the T-90S MBT.

Features of the Arjun Mk.1 MBT

The integrated digital fire control system installed in the Arjun Mk.1 MBT consists of a laser rangefinder, ballistic computer, thermal imaging night sight, meteorological sensor, stabilised panoramic sight for the tank commander, stand-by (articulated) sighting telescope, GPS and an electronic gate to ensure a first round hit probability. The third generation director type, fire control system with a 120mm gun electronically slaved to the sights, enables the gunner to locate, identify, track, range and engage moving targets while its moving. This gives a high first round hit probability. The gunner's main sight consists of a day sight, thermal sight, laser rangefinder and stabilised head common, to all three channels. The common sighting head mirror is stabilised in elevation and azimuth. The day sight has dual magnification while the thermal imager provides a night vision facility to the gunner and the commander to observe and engage targets under conditions of total darkness and smoke. The laser rangefinder is integral with the gunner's sight.

The panoramic sight enables the commander to effect an all-round surveillance on the battlefield without moving his eyes from the sight and without being disturbed by the motion of the turret. The field of view is stabilised with the help of a two-axis rate gyro mounted on the platform of the head mirror. The sight has dual magnification. The ballistic computer, computes the gun laying data based on information provided by a number of sensors mounted in the vehicle and on manual inputs and provides the signals corresponding to the tangent elevation and azimuth offset. To increase the accuracy of the firing, the fire control system has a coincidence window that allows firing of the main armament only when it reaches the desired position as dictated by the computer. The 120mm rifled gun will fire APFSDS (Armour Piercing Fin Stabilized Discarding Sabot), HESH (High-Explosive Squash Head), HE (High-Explosive), HEAT (High-Explosive Anti-Tank) and smoke rounds. A special 120mm anti-helicopter round is under development as well. All 120mm rounds use a semi combustible cartridge case.

The 120mm rifled gun is made of ESR steel and is fitted with a thermal sleeve and a fume extractor. The thermal sleeve prevents irregular temperature distribution on to the tube due to the weather influences. A new high energy propellant is used in the 120mm rifled gun to give a higher muzzle velocity and therefore greater penetration characteristics. A 7.62mm machine gun is coaxial with the main armament and a 12.7mm AA machine gun is fitted for anti-aircraft defence. Production Arjun MBTs will also have a new composite laminate armour called Kanchan. This will be produced by Mishra Dhatu Nigam Limited (MDNL). The tank also has a NBC (Nuclear-Biological-Chemical) system that is designed & built by BARC and a night vision device built by IRDE. To further enhance combat survivability, the tank has an auto-fire detection & suppression system. Ammunition is also stowed in water tight containers to reduce the risk of fire.

Contractors for the Arjun Mk.1 MBT 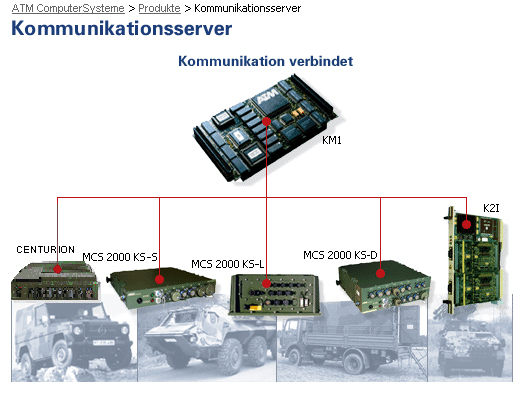